Today, computers are widely used by people. More and more users realize the Importance of safety. They try to different kinds of ways to protect their data, for example, backup, anti-virus, etc. However, as a machine, there is the chance of making a mistake. Your system may not boot normally one day by various reasons. Such as emergency cutoff, deleting a file, virus attack and so on. If you have a bootable media, you can boot into the unique environment to fix errors. AOMEI PE Builder is designed to create a bootable environment to help you solve troubles.

AOMEI PE Builder is a freeware. It is based on Windows PE but better than original WinPE. It breaks through many limitations of Windows PE and has some innovation. In a word, it is easy to use, ordinary people without specialized knowledge can handle it. Next, I will show you how to use it step by step.

How to use AOMEI PE Builder

Download and install. Run the program; its main window is an overview. Read and click next to go.

The second window shows it detects that your system is OK to create the bootable media. By the way. Unlike traditional Win PE, AOMEI PE Builder does not need installing AIK/WAIK and Windows installation disc. 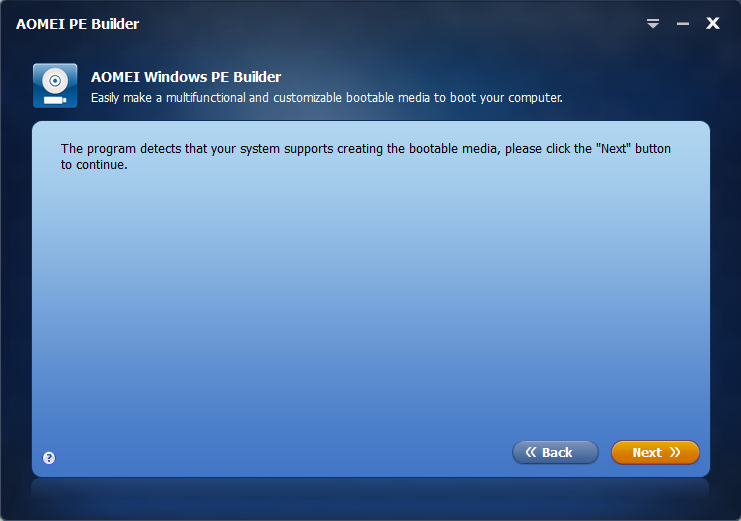 The third step is an essential step. AOMEI PE Builder integrates several applications to help you complete different tasks. You can add some of them according to your needs. Except for these inbuilt tools, AOMEI PE Builder allows you to add drivers and other portable files as you wish. It’s worth saying that AOMEI PE Builder created environment has free partition manager – AOMEI Partition Assistant and free backup software – AOMEI Backupper by default. After adding all things OK for custom bootable media, click Next to go forth step. 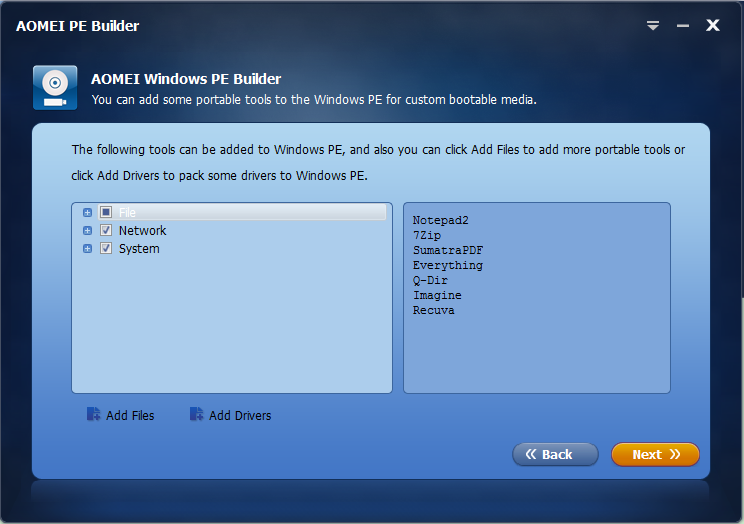 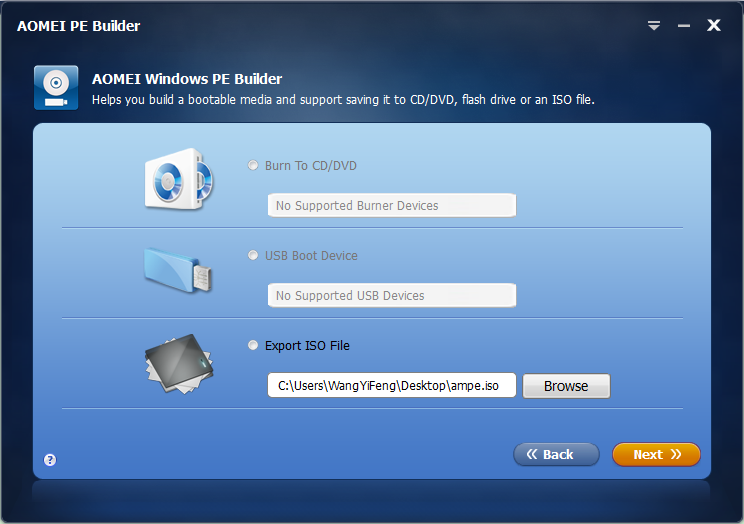 Entering in the bootable environment set up by AOMEI PE Builder is easy. I’d like to give you a screenshot as follow. The situation is similar to Windows 7, which including desktop, Windows explorer, start menu and taskbar. 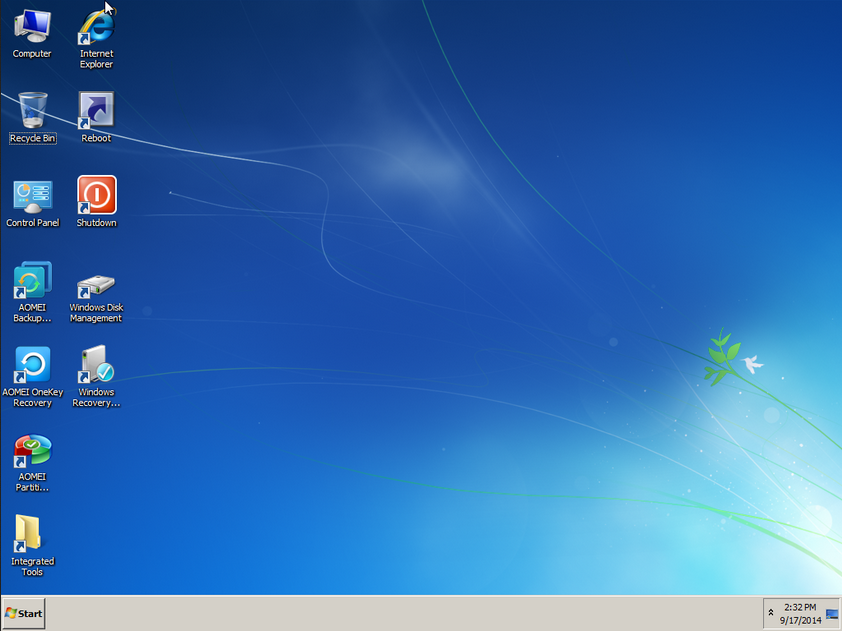 Final words
Using AOMEI PE Builder to create a bootable media won’t cost you much time. When questions happen, the bootable media will save your time. So we suggest you learn and download it to have a try.