It was leaked that, Motorola is able to bring a new phone with Moto Z4 name The smartphone finally announces it’s launch Date you can see what the specs are going on on the phone. Moto Z4 will come with an in-display fingerprint scanner. You will have a Frost White and a Flash gray color option in the phone. Moto Z4 has got a front camera and the main features will be the AI camera. 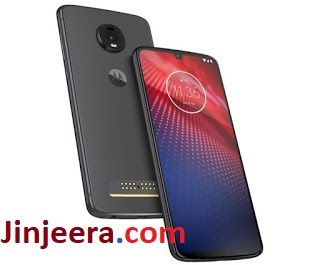 The Moto Z4 has a 6.4 inch full HD + OLED display. Phone back to par panel 2.5D gorilla glass has been used. Screen size 19: 9 is given. The phone has been used for 2GHz Octa-Core Snapdragon 675 processor, which is available with Adreno 612 GPU. This phone will be launched in a single storage option, but with a 4GB of RAM, we have 128GB of onboard storage. Phone can store up to 2TB of storage.

Android9.0 Pie operating system has been opened The phone’s rear panel 48MP (f / 1.7 aperture) has got a single camera, which is accompanied by a double LED flash. In the Rear Camera, you have a choice of the autofocus option. Moto Z4 in front-facing camera 25MP has been reached. The phone’s rear panel is P2i is splash-proof nano-coating. If you have a 6000 series of polished aluminum frames on your phone,